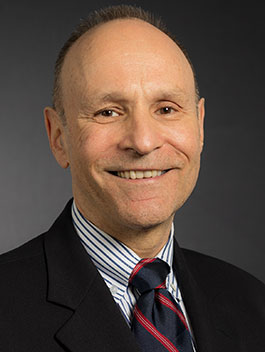 Dr. Pierre Rivard has been a champion of cleaner and renewable energy for three decades, and a passionate supporter and developer of the energy technology industry. He has served as CEO, co-founder, chairman, board member, angel investor, advisor, and philanthropist for several innovative companies in California and Canada, from hydrogen fuel cells and electrolysers, to energy storage, wind, flywheels, electric vehicles, aerospace, waste management, and water treatment. He has also chaired national and regional industry and research associations. More recently, he served on Canada's Clean Technology Economic Strategy Table.

Dr. Rivard's successes include the launch and IPO of NASDAQ-listed hydrogen fuel cell company Hydrogenics (HYGS), where he served 12 years as founding President & CEO and later as Executive Chairman.  At Hydrogenics, he built an award-winning, high-performance team that was recognized as Canada's fastest-growing company (#1 on Profit 100 list in 2003).

Dr. Rivard holds a Doctor of Engineering degree from the University of Toronto (Honoris Causa, for lifetime achievements in clean technology), an MBA from the University of Western Ontario's Ivey School of Business, and a Baccalaureate in Mechanical Engineering from Kingston's Royal Military College of Canada. He is a Professional Engineer licensed in Quebec and Ontario, and formerly in California and Norway. Mr. Rivard is married to Catherine Paquet-Rivard, a Cisco-Press author and network security architect, and is the loving father of a daughter Laurence and a son Simon.

Dr. Rivard was appointed to the NRC Council in June 2019.