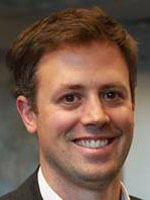 David Helliwell is a software entrepreneur who has spent his career dedicated to enabling energy efficiency and improving access to health care. A fourth generation Vancouverite, David has lived and worked in several countries during his 10 years away from Vancouver. He started his career as a part-time exploration geophysicist and part-time professional windsurfing racer from 1994-1999. After an MBA at the Ecole Nationale des Ponts et Chausées in Paris, David became a strategy consultant for two years.

In 2002 David and his wife moved back to Canada for David to spend 3 years as the director of policy for a cabinet minister in the Canadian government. In this role, David initiated and led a number of government sustainability initiatives, particularly involving rolling out a triple bottom line strategy to better manage the government's 700 million square feet of real estate holdings.

In 2006 Helliwell joined the Vancouver-based co-founder of Crystal Decisions to found Pulse Energy, which grew to become one of Canada's top clean tech companies and the world's leading provider of energy intelligence software for commercial buildings before being sold to a US-based energy company in late 2014.

After a family sabbatical to the South Pacific in 2016, Helliwell rejoined several members of the Pulse Energy team and his brother (a cardiac anesthesiologist) to found New Hippo Health, with a mission to improve the efficiency of the Canadian healthcare system by empowering patients to be more informed and engaged in their journey through specialist care.