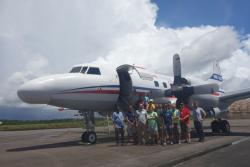 Research Centre: Human Health Therapeutics
The inner workings of the human brain hold mysteries that continue to challenge medical researchers and scientists around the world. One such mystery is determining how to delay the progression of brain diseases such as Alzheimers, Multiple Sclerosis (MS) and Parkinsons. Now an important Canadian research breakthrough may have found the key to slowing their spread.
Report a problem on this page