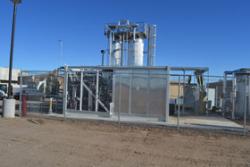 Research Centre: Industrial Research Assistance Program
While the technology to clean biogas has existed for years, a new technology from British Columbia-based Quadrogen Power Systems is breathing fresh air into the way the world treats its agricultural, forestry and livestock waste. While older systems remove only a small number of the harmful impurities in biogas, their new system removes virtually all of them, producing the cleanest biogas on the market. 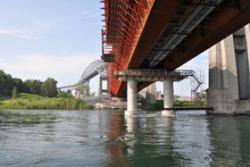 Building bridges that span a lifetime

Research Centre: Construction
As roads and bridges in Canadian cities suffer from the effects of harsh weather, heavy traffic, road salt and acid rain, a new cross-border bridge in Cornwall, Ontario stands strong. Built from a new class of concrete, the deck of the Canal Bridge  part of the Seaway International Bridge system is expected to require significantly less maintenance than most of the other 80,000 bridges across Canada, ensuring safe and efficient travel for the more than 2.3M drivers who use it each year. 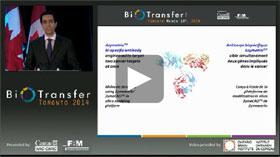 Developing ground breaking therapies for the fight against cancer

Research Centre: Human Health Therapeutics
When Vancouver, B.C.'s Zymeworks Inc. opened its doors in 2003, the biotherapeutics company was determined to address a need in the pharmaceutical and chemical markets that was not being served by the existing approaches to protein simulation and engineering. Committed to developing best-in-class antibody and protein therapeutics for the treatment of cancer, autoimmune and inflammatory diseases, Zymeworks set out to create a platform that was commercially relevant and that reflected the most recent advances in protein biochemistry and computing architecture. 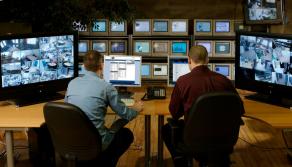