Dr. Gerhard Herzberg: The legend and the legacy

Celebrating a legend in Canadian science and his legacy

From mining deep into the earth to measuring the distance to the stars, Dr. Gerhard Herzberg's seminal work on molecular spectroscopy opened doors to a spectrum of scientific discovery. His work and accomplishments that span far beyond 50 years ago continue to impact countless research fields across Canada and the world. 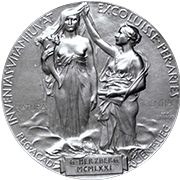 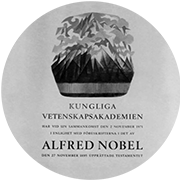 When Dr. Gerhard Herzberg began his pioneering work in physics, very little was known about atoms or how they combined to form molecules. By the time he won his Nobel Prize in Chemistry in 1971, Dr. Herzberg was nicknamed the "founding father of molecular spectroscopy" for his formative work discovering some of the simplest and most important molecules in the universe.

50 years later, we commemorate his Nobel Prize and groundbreaking research. At the NRC, we are particularly proud to recognize his contributions to research excellence, through his 50 years of service.

Today, leading research and discoveries in far-ranging fields can be traced back to fundamentals uncovered by Dr. Herzberg. From astronomy to medical imaging, mining and nanotechnology, his far-reaching impact speaks to the significant impact of his work.

One of Canada's greatest scientists was born in Hamburg, Germany on December 25, 1904. Following high school, Gerhard Herzberg first set his sights on astronomy but was told not to pursue that path without private funding. Without enough money to pursue astronomy, he enrolled in the field of physics.

Dr. Herzberg came to Canada in 1935 to work at the University of Saskatchewan where he began to write the first of his three seminal textbooks on molecular spectroscopy.

In 1948, Dr. Herzberg began working at the NRC. With funding and staff, he set up a new spectroscopic lab that would soon unveil discoveries that would change our understanding of the nature of matter. His contributions to the knowledge of electronic structure and geometry of molecules, particularly free radicals, would later lead to his 1971 Nobel Prize in Chemistry.

Highlights from the NRC Herzberg Archives

"It was a privilege and an honour to work in the group founded by Dr. Herzberg and to have known him. The discussions we had impacted my scientific career greatly, as it did for many researchers worldwide. His fame was universal and contributed to making the NRC a top-notch research organization. He attracted the best minds in the world. His creativity, hard work, perseverance, integrity, research excellence and universal friendship are traits that still drive the NRC today."

"Throughout my mid-1960s graduate studies in Laboratory Astrophysics, Dr. Gerhard Herzberg's book, Molecular Spectra and Molecular Structure: I. Spectra of Diatomic Molecules, was my constant companion. My profound respect and admiration for Herzberg's inspiring scientific contributions and leadership influenced my late 1977 decision to join the NRC's Herzberg Institute of Astrophysics (now known as the Herzberg Astronomy and Astrophysics Research Centre) at the Dominion Astrophysical Observatory in Victoria, British Columbia. Herzberg's extremely high scientific standards and relentless defense of fundamental research were respected across Canada. His encouragement at a few key career points are among my fondest memories."

His namesake: the Herzberg Astronomy and Astrophysics Research Centre

Today, the Herzberg Astronomy and Astrophysics Research Centre continues his legacy, as it develops spectroscopy instruments for some of the world's most powerful observatories.

"Dr. Herzberg was a Canadian science icon, whose discoveries left an indelible mark on astronomy. Today, we bear his name with pride as we put his foundational work into practice by designing and building advanced spectrographs for world-class observatories around the world to explore the nature of the many fascinating objects populating our Universe such as planets, stars and galaxies."

This fall, Defining Moments Canada will be launching a virtual exhibit and pedagogical tools for the classroom, focused on Dr. Gerhard Herzberg.