The second President of the National Research Council of Canada (NRC), Andrew George Latta McNaughton, was an army officer, diplomat, and scientist whose vision and determination led to NRC's celebrated role in World War II and positioned Canadian industry for technology-based growth in the post-War period. Born in 1887 in what is now Moosomin, Saskatchewan, McNaughton earned Bachelors and Master's degrees in electrical engineering at McGill before enlisting for service in World War I. His scientific approach to gunnery brought him rapid advancement in the military and played a crucial role in the victory at Vimy Ridge. Officially, he held the post of NRC President from 1935 to 1944, though he was on leave for the last five years, while overseas in WWII as commander of the 1st Canadian Infantry Division. After a brief stint as Minister of National Defense (1944-1945), he was appointed Canadian representative to the UN Atomic Energy Commission and later as Canada's permanent delegate to the UN. At NRC in the 1930s, convinced that another global war was imminent, McNaughton, the co-inventor of the cathode ray direction finder, initiated many research projects that positioned NRC to participate uniquely in the development of radar and to respond to other scientific and technical challenges in the war. This work, in turn, established new industries, created tens of thousands of technology-based jobs in Canada during the war, and created the foundation for the expansion of Canadian manufacturing in the electronics age that followed.

NRC Women in Engineering and Science – a focus on: The late NRC scientist Dr. Barbara Judek

Major accomplishment: One of the first women physicists in the world; discoverer of nucleus-to-nucleus collisions, a phenomenon now known as “the Judek Effect” 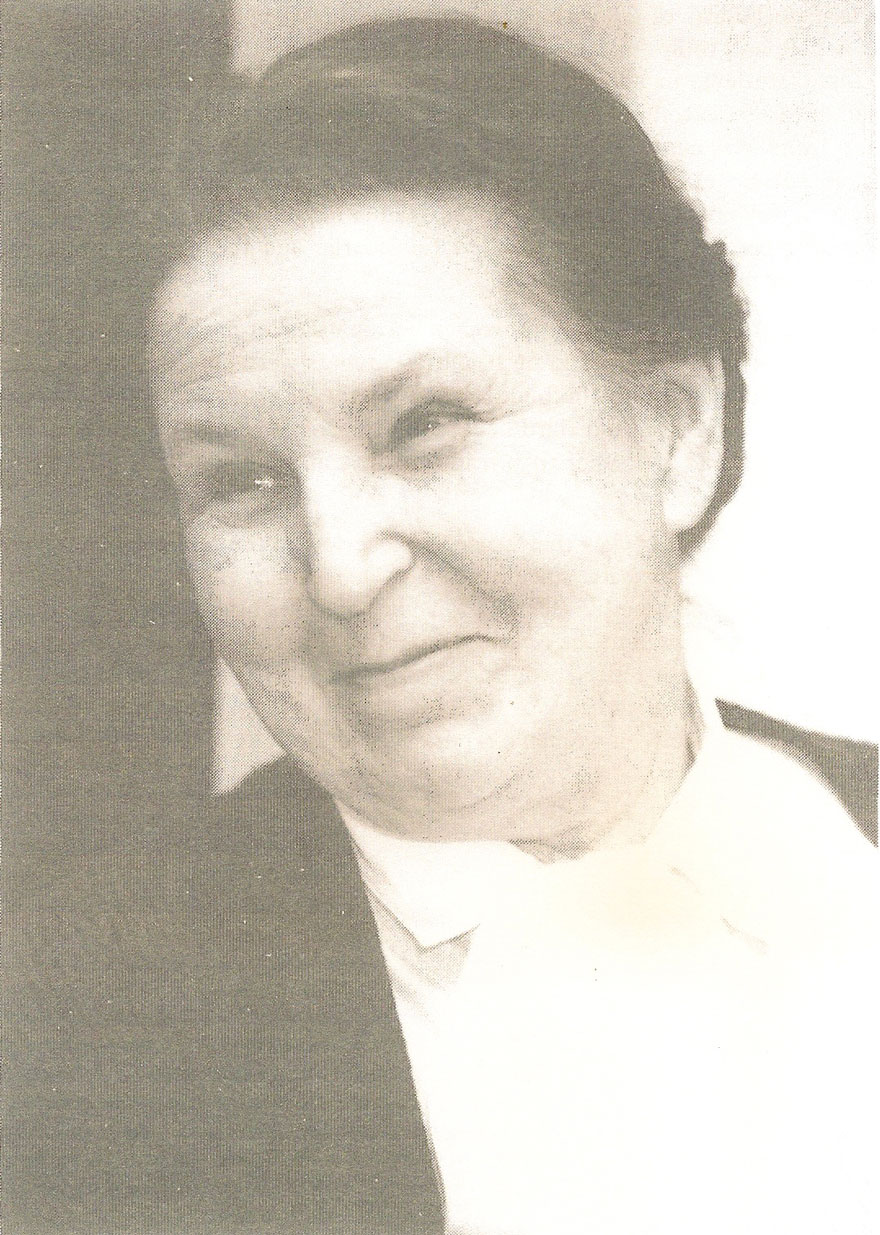 Women scientists, engineers and technical experts have made unique and significant contributions to NRC throughout its history and have excelled in many fields despite distinct professional hurdles and the inequality of opportunity often evident in their relative numbers. Their dedication and skill inspired their colleagues and those who followed the path they laid down. Dr. Barbara Judek, an Ottawa physicist who passed away in 2015 at the age of 91, exemplified this spirit by creating her own opportunities through collaborations that brought her international recognitions and celebration as discoverer of nucleus-to-nucleus collisions, a phenomenon now known as “the Judek Effect.” The issues confronting women in engineering and science drew national attention in the aftermath of the December 1989 mass murders at École Polytechnique in Montréal. The victims included two mechanical engineering students working at the NRC labs in Boucherville, Quebec at the time. The event inspired special initiatives in response including the NRC Women in Engineering and Science (WES) program that provided hundreds of women undergraduates with research work experience in NRC labs in the decade that followed. An evaluation of the program found that some ninety (90) per cent of the participants went on to pursue Master’s and PhD. studies in their fields. The NRC Centennial Tree program honours these, Dr. Judek and the many other women who helped build NRC and served Canada through their commitment and talent. Mr. Denzil Doyle, the founding President of Digital Equipment Canada and recognized "Godfather" of the Ottawa high tech sector, is a former NRC researcher and long-time Council member who championed NRC's role throughout a six-decade career that touched many of Canada's technology business successes.

Mr. Doyle came to work at NRC in Ottawa as a radio technician in 1949 later becoming an engineering researcher before leaving in 1956 to work at Computing Devices, an innovative Ottawa firm that manufactured "Kicksorter" - a computer-like device designed at the NRC Chalk River labs and later developed by NRC spin-off Atomic Energy Canada Limited (AECL). In the early 1960s, as the then Canadian representative of Digital Equipment Corporation (DEC), Doyle approached AECL suggesting it could be better served with DEC computer technologies, and, as a result, DEC's U.S. engineers collaborated with Canadian nuclear scientists to produce smaller, general purpose computers that evolved into the PDP-8, "DEC's Blockbuster" product and the launch of the "Mini-Computer" age. Citing the Ottawa area's research strengths, Doyle convinced DEC to locate R&D and PDP-8 component manufacturing facilities in Carleton Place and later in Kanata, where the operations anchored the local high tech sector that followed. Under Doyle's leadership, Digital Equipment Canada reached annual sales in the hundreds of millions of dollars and created many thousands of jobs. After leaving DEC in 1982, Doyle promoted NRC's impact in the creation of his own companies and in mentoring many others including, as key board member at Mitel, Newbridge Networks, and other Ottawa high tech greats.

Major accomplishment: Technologies for smart phones and the Internet of Things 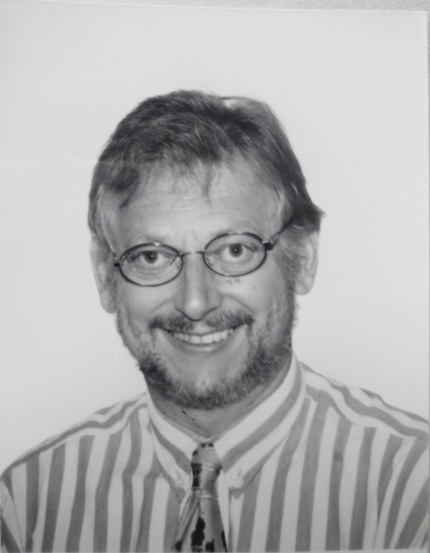 In the 1980s, recognizing the importance of the Canadian telecommunications industry, the National Research Council of Canada (NRC) began an intensive program in Ottawa to develop expertise and facilities around Integrated Circuits (IC) using Silicon-Germanium (SiGe), a blend of the common silcon with the similar, but more exotic chemical element germanium. In 1996, a key player in the research team, Dr. Derek Houghton, launched a company to develop the technologies in collaboration with NRC. Others soon joined him, and within a few years, the NRC spin-off, eventually known as SiGe Semiconductor Inc., was being hailed internationally as the “world’s first” supplier of SiGe semiconductors, managing production of tens of millions of SiGe integrated circuits. Customers were drawn by the capacity of the SiGe chips to mix multiple RF (radio frequency) functions on a single device. This turned out to be a powerful solution to the challenge of linking smart phones and other wireless devices with a wide range of applications. In May 2011, the firm was purchased by Skyworks Solutions, Inc. in a deal that totaled $275 million (CDN). Skyworks expanded the Ottawa operations and now employs close to 100 highly skilled people. Many of SiGe’s original employees have assumed senior positions with Skyworks (a US $12B US market cap company). Today, Skyworks Ottawa devices support many of the world’s most popular smartphones, tablets, smart home systems, wearables and connected devices that define “the Internet of Things”.

Major accomplishment: Patents and designs of apparatus for measuring the salinity of sea water internationally. British Columbia native and UBC graduate, Thomas M. Dauphinee was an NRC scientist and instrument designer whose work permanently changed the way the world monitors and studies the oceans. In a career that stretched across four decades, Dr. Dauphinee influenced many fields of research and industrial activity. His inventions were commercialized and brought tens of millions of dollars in exports for Canadian businesses, notably Guildline Instruments of Smiths Falls, Ontario. Dauphinee invented devices that achieved world-first performance in measurements related to thermal conductivity, materials science, and semiconductor materials. But his most widely recognized and celebrated work involved collaborations with the Bedford Institute of Oceanography, the Woods Hole Ocean Institution, and others that resulted in the UNESCO-ratified international Practical Scale for Salinity for measuring the salinity of sea water internationally. Laboratory and commercial salinometers based on the scale and Dr. Daupinee's patents and designs became the world standard instrument and are still sold and used today to monitor the movement and changes in the world's oceans for economic benefit as well as for the protection of the natural environment. In retirement, he and his wife worked for a number of charitable organizations and received shared and individual recognitions and honours for the contributions to education, literacy, and social responsibility. Dr. Dauphinee, whose career and life are intertwined with the growth and evolution of NRC, also turns 100 years of age in 2016.

Major accomplishment: The architect of the IRAP network and the program's innovation successes

The NRC Industrial Research Assistance Program (NRC-IRAP), modelled and touted internationally as the most effective government service of its kind in the world, has been instrumental in tens of thousands of unique industrial innovations in Canada. The program's strengths flow from its national network of industrially trained scientists and engineers working on the shop floor in communities all across Canada. They help their client firms with the resources needed to innovate and grow, and with links to technologies at NRC, universities, colleges, industry associations, and provincial research organizations. Today, NRC-IRAP's industry-based, innovation system approach is firmly established, but it was not an obvious mode of operation for a government program when it was first established. Some of the many people who deserve recognition for the program's success are commemorated as "NRC-IRAP Pioneers" for the NRC Centennial. But few are more exemplary or deserve more credit than Dr. Keith Glegg, NRC Vice-President of Technology from 1977 to 1990. Prior to joining NRC, Dr. Glegg earned national recognition as Vice-President at Canadian Marconi Company (CMC) where his technologies made CMC famous as the first company in the world to produce a FM-CW Doppler Radar system for air navigation. At CMC, Glegg introduced a program-based management system that he later applied to the design of NRC-IRAP. The late Dr. Glegg (1926-2010) received many honours including the first Canadian Advanced Technology Alliance Public Sector Leadership Award and was regarded as a role model for young Jamaicans and Jamaican-Canadians seeking careers in science and technology.