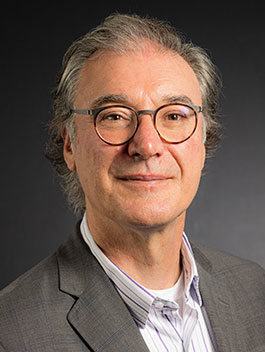 Roger Scott-Douglas was appointed as Secretary of the COVID-19 Vaccine Task Force in June 2020.

Dr. Scott‑Douglas was previously the NRC's Acting President (September to December 2020), Secretary General, and Secretary to the NRC Council, as well as Vice President, Policy and Governance. He was also responsible for the International Relations Office, the Policy, Strategy and Performance group, and the Corporate Secretariat. Since joining the NRC in September 2016, Dr. Scott‑Douglas has been an avid Champion in advancing the Government of Canada's science, research, and innovation agenda specifically by reimagining the NRC.

From 2009 to 2012, Dr. Scott‑Douglas led the TBS Strategic Review, followed by the Secretariat tasked with supporting the Red Tape Reduction Commission. From 1999 to 2006, he led major transformational files at TBS; the most notable include the Service Canada Initiative, Management in the Government of Canada: A Commitment to Continuous Improvement; and the Report to Parliament on Meeting the Expectations of Canadians: A Review of the Responsibilities and Accountabilities of Ministers and Senior Officials.

Dr. Scott‑Douglas's international experience includes the Organization for Economic Co‑operation and Development (OECD) and World Bank missions to Europe, India and the Middle East. He co‑chaired the OECD task force on the Observatory on Public Sector Innovation and, from 2006 to 2009, worked with the Ministère du Budget, des Comptes publics et de la Fonction publique, in France, where he advised the Director General and Minister on a major public service change initiative based on Canada's 1995 Program Review and Service Canada Implementation Teams.

Dr. Scott‑Douglas has a Doctorate of Philosophy from the University of Cambridge, England, and is a Commonwealth Scholar.