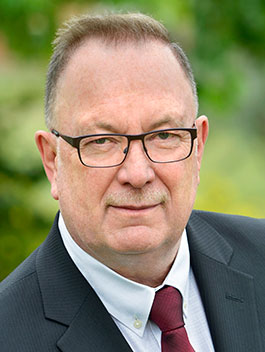 Ray Hoemsen, FEC, P. Eng., is the former Executive Director, Research Partnerships & Innovation at Red River College. In his 16 years at the college, Ray led the establishment and growth of the applied research enterprise, first as Director, Applied Research & Commercialization for 12 years and since 2016 as Executive Director, Research Partnerships & Innovation, the position from which he retired in May 2020.

Ray has specialized in The Business of Science™ since 1986, after first working with Versatile Farm Equipment and the Manitoba Research Council. He has served as the University of Manitoba's founding Director of the Industry Liaison Office, the Vice-President/Director of Operations for the University's Smart Park Development Corporation, and the inaugural Visiting Executive/Manager of NSERC-Prairies; as well as with the Manitoba Institute of Child Health, TRLabs, and the University of Winnipeg. As President of NEXUS Manitoba, he has focused upon innovation, technology transfer and Canada's SR&ED program. Ray has volunteered with over 70 professional, technical, sports, and community organizations.

Ray holds a B.Sc. and M.Sc. in Agricultural Engineering (University of Manitoba) and is an alumnus of the Governor General's Canadian Leadership Conference.

Mr. Hoemsen was appointed to the NRC Council in June 2019.