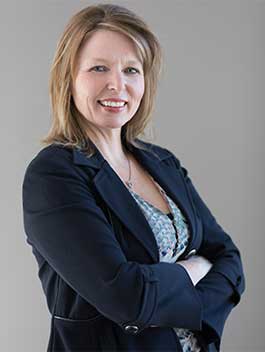 As the Deputy Chief Finance Officer and the Director General, Finance and Procurement Services, Johanne Diotte leads the NRC’s finance and procurement functions.

Johanne joined the NRC in 2003 as a senior policy, systems and business advisor within the finance team, moving up the ranks before reaching her current appointment. Prior to joining the federal government in 2000, Johanne was a senior auditor for BDO LLP and a comptroller for Century 21.

During her career at the NRC, Johanne led the team responsible for producing the NRC’s first audited financial statements in 2006.

Inducted into the Association of Professional Executives of the Public Service of Canada (APEX) in 2008, Johanne was the recipient of two of the NRC’s outstanding achievement awards, as well as the Finance Branch’s role model award for her exemplary leadership.

In addition to her Chartered Professional Accountant (CPA) designation obtained in 1995, Johanne holds a bachelor’s degree in commerce with a specialization in accounting from the University of Ottawa.