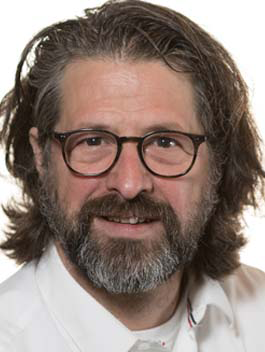 Dr. Jean-François Hétu is the acting Director General of the Automotive and Surface Transportation Research Centre.

He joined the NRC in 1992, as a research scientist at the Boucherville, Quebec facility (formerly the Industrial Materials Institute). In 2002, he became the team leader for the Numerical Modelling and Simulation group. Since 2013, he has held the position of program leader; first for the Advanced Manufacturing and Design System program; and then for the Digital Manufacturing program. As a program leader, he has managed more than 160 major projects and 2 industrial R&D groups that have generated successful results for numerous industry and academic collaborators at the national and international levels.

Dr. Hétu's research expertise focusses on modelling, simulation and software development for moulding and other manufacturing processes. His research has led to the development of parallel finite element computational frameworks that are used to create software for the simulation of a wide range of industrial and fundamental applications, such as injection moulding, compression moulding, viscoelastic and fibre‑filled polymer flows, metal casting processes and other industrial processes.

His research appears in 2 books, 56 scientific journal papers and 115 conference publications that have been used by industry worldwide, and he has developed 2 software applications at the NRC.

He earned a bachelor's degree in mechanical engineering and a PhD in applied mathematics from Polytechnique Montréal, in Quebec, Canada, specializing in adaptive finite element methods for incompressible viscous flows.