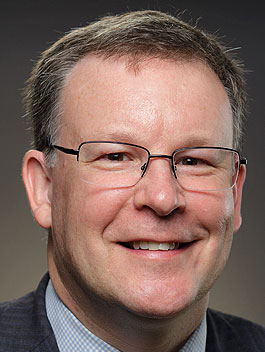 Grant Sullivan is the Director General for the National Research Council of Canada Industrial Research Assistance Program (NRC IRAP) Atlantic and Nunavut region. He joined the NRC in 2016.

Prior to joining NRC IRAP, Grant was Vice President, Global Delivery with CGI, during which time he led the Atlantic Global Delivery Centre and oversaw a large staff that provided IT services to Canadian and international clients. Grant also served in the Canadian Navy for 10 years as a Combat Systems Engineer, worked as a Project Manager with MDA where he commercialized emerging defence technologies, led large consulting projects as a Director at Keane (now NTT Data), and owned and operated his own company building software for the utilities industry.

Grant is a part-time faculty member at Dalhousie University, and serves as a board member of the Strongest Families Institute. He is also an active volunteer with Scouts Canada.

Grant is an Industrial Engineer and a Project Management Professional. He is pursuing a PhD in Rural Sourcing, and holds an MBA and a Masters degree in Electronic Commerce from Dalhousie University.