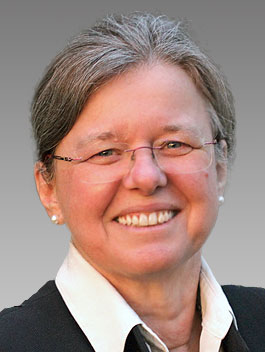 Dr. Tanguay, who holds a Ph.D. in Parasitology from McGill University, has worked at Universities Canada, the Natural Sciences and Engineering Research Council of Canada, the Fonds pour la formation de chercheurs et l'aide à la recherche and the Centre Québécois de valorisation des biotechnologies (CQVB). At the CQVB, she established a major network of businesses and research institutions to promote technology and innovation transfer in the biotechnology sector. She has also served as the President of Acfas, the largest association of Francophone scientists (with 7,000 members).

From 2007 to 2011, she held the position of Assistant Deputy Minister for research, innovation and science and society with the Government of Québec. There, she created and implemented strategies to increase research and innovation efforts in the province and improve the involvement of society in scientific debates. She also established an issue table with deputy ministers responsible for research within the provincial government to bring greater consistency to government policies. Between 2010 and 2011, she handled the coordination of the interprovincial table of deputy ministers for innovation.

Dr. Tanguay also served as Vice-Rector, Research, Creation and Innovation at the Université de Montréal (UdeM) from 2011 to 2015. In this role, she coordinated all UdeM research activities at the local, national and international levels. In 2014, she was also responsible for international relations. Her leadership enabled her to improve the amount of research being conducted at UdeM which, during her mandate, rose from fourth to second place in Canada.

Over the course of her career, Dr. Tanguay has chaired or been a member on boards of directors for over 50 organizations. She has developed and maintained an impressive network of contacts with the provincial government, in Quebec's innovation system and with many stakeholders at the federal and international levels. As a proven leader with over 25 years of experience in research management, in representing the interests of research and innovation, technology transfer and in communicating scientific interests, in 2015 she started Vision et stratégies d'innovation, a research and innovation consulting firm.