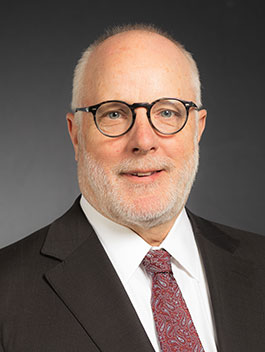 Douglas Muzyka (Ph.D., M.E.Sc., and B.E.Sc. Chemical Engineering, Western University) retired as the Senior Vice President and Chief Science and Technology Officer at E.I DuPont de Nemours. He joined DuPont in 1985 as a research scientist and held a variety of research and research management roles in North America through 1994. He was named Director of Technology and New Business Development for DuPont Nylon, Asia Pacific, in 1994 and relocated to Hong Kong. From 1994 to 1998 he participated in many plant start-ups and new venture developments throughout Asia Pacific. Subsequently, he held a number of senior leadership positions with the company, including President and CEO of DuPont Canada, President of DuPont Mexico and President of DuPont Greater China.

Dr. Muzyka has served on advisory boards for universities in Singapore, the US and Canada, as well as on boards of chambers of commerce, industry associations and business councils on sustainable development in Canada, Mexico and China. He currently is Chair of the Board of Chemtrade Logistics, headquartered in Toronto, and serves as a board member of CCL Industries (Toronto), Stella-Jones (Montreal) and Modern Meadow (New Jersey).