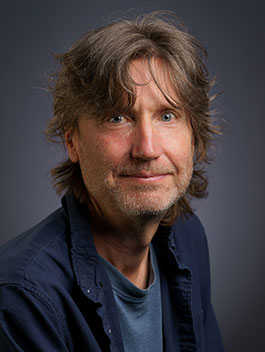 Dr. Johnstone joined the NRC Herzberg Astronomy and Astrophysics Research Centre (HAA) in 2001, where he has been actively using and supporting Canada's international telescopes and advocating for future astronomical instrumentation. He is an active researcher in the field of star and planet formation, contributing to more than 200 refereed papers, 40 of which were led by him or supervised graduate students. During his career at the NRC, Dr. Johnstone has been Project Scientist for Herzberg-built astronomical instruments and has represented the NRC and Canada on many international committees. In 2012, he took a 2-year secondment as the Associate Director of the James Clerk Maxwell Telescope in Hawaii, charged with ensuring its scientific productivity. Since returning to HAA, Dr. Johnstone has focused on time-domain research, a new approach to sub-millimetre wavelength astronomy, as well as preparing for his guaranteed observations with the James Webb Space Telescope to examine young stars for their elusive young and forming planets.

Throughout his time at the NRC, Dr. Johnstone has been an adjunct professor in the Department of Physics and Astronomy at the University of Victoria where he holds an NSERC Discovery grant and supervises students. Two of his PhD students have gone on to win the Canadian Astronomical Society Plaskett Medal for Best Canadian Astronomy PhD for their thesis dissertations.

Dr. Johnstone holds a PhD in Astronomy from the University of California, Berkeley, obtained in 1996. He subsequently spent 3 years at the Canadian Institute for Theoretical Astrophysics and 2 years as a member of the Department of Astronomy at the University of Toronto, before heading west to HAA in Victoria, BC.