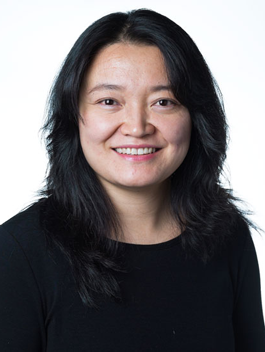 Di Jiang was appointed as the President's Science Advisor and Secretary to the President's Research Excellence Advisory Committee in October 2020, a dual role dedicated to providing recommendations and advice to the president on matters related to research excellence and to representing the views of the NRC's research communities.

Di Jiang joined the NRC's Life Sciences Division in 2008. In her current position as Team Lead, Connected Health, at the Medical Devices Research Centre, she leads research and development efforts in virtual care, including continuous remote monitoring of patients using medical sensors and contactless detection of biosignals with commercial devices.

During her career, Ms. Jiang has worked as a consultant for numerous organizations. She has collaborated on multiple research projects on real‑time simulations for medical applications and remote interactive care augmented by artificial intelligence.

Di Jiang holds a Master's Degree and Ph.D. in Computer Science from the Université de Montréal, obtained in 2003 and 2008, respectively. She also has a B.A. in Economics.